Democratic Republic of Congo – The largest country in Africa, the Democratic Republic of Congo (DRC) , endowed with vast natural resources, has nearly 80 million inhabitants, fewer than 40% of whom live in urban areas. With 80 million hectares of arable land and over 1,100 listed minerals and precious metals, the DRC has the potential to become one of the richest economies on the continent and a driver of African growth, if it can overcome its political instability and improve governance. 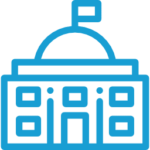 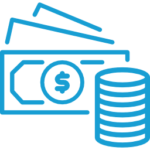 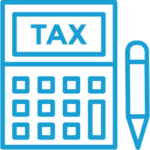 Department of Revenue and Customs – Ministry of Finance http://portal.drc.gov.bt/drc/

The DRC is still recovering from a series of conflicts that broke out in the 1990s, creating a protracted economic and social slump. Joseph Kabila served as head of state between 2001 and 2019. Presidential and parliamentary elections, initially slated for November 2016, were postponed until December 30, 2018 to facilitate an overhaul of the electoral register. Felix Antoine Tshisekedi—the son of Etienne Tshisekedi, the country’s longstanding opposition leader—secured 38.5% of the vote and was declared the winner by the national independent electoral commission.  This victory was contested, including by the National Episcopal Conference of Congo (CENCO), which had deployed 40,000 election observers. CENCO’s data had predicted that Martin Fayulu would win 62.8% of the vote, defeating the ruling party’s candidate, Emmanuel Ramazani Shadary (17.99%) and Felix Tshisekedi (15%).

In 2018, the DRC emerged from the economic recession triggered by the decline in the global prices of its main export commodities between 2015 and mid-2017. The economy continued to expand, growing at a rate of 4.1% in 2018, up from 3.7% in 2017 and 2.4% in 2016—the country’s weakest performance since 2001. This economic rebound was largely driven by the recovery in mining activity and strong world copper and cobalt prices, following an upturn in global demand for these products.

Public financial management was also strengthened in 2018 through continued cash-based budget management and improved domestic resource mobilization. Owing to tighter public expenditure control—despite higher spending related to the elections—and an increase in direct tax revenue from the mining sector, the overall budget surplus of 0.4% of GDP in 2017 increased to 1.3% of GDP in 2018, after three consecutive years of deficits. However, public social and investment spending is still low and inadequate to ensure more sustained and inclusive growth in the medium and long term. And the country has been grappling with an Ebola outbreak in the North Kivu and Ituri provinces since August 2018. The prevailing instability and insecurity in this region are hampering the Ebola response. As of June 13, 2019, the World Health Organization had identified 2,084 cases (1,990 confirmed and 94 probable cases). There have been 1,405 deaths, mainly among women (57%) and children (29%).

Employ Africa can you support your immigration requirements in the Democratic Republic of Congo through our in-country immigration specialist based in Kinshasa.

Any person who wishes to employ or engage a non-citizen in any occupation shall apply for a work permit to the Embassy of the Dem. Rep. of Congo.

Normally, work permits process takes no longer than 4 months for the first request. Non-citizen are encouraged to start the process before they enter the Democratic Republic of Congo.

Documents that are required for Work Permit applications;

To be able to work in the DRC and to be fully compliant as a foreign worker the employee need to apply for the following 5 visas within the first 12 months from the time that he starts with his employment:

Valid for 12 months (Apply for within Month 1)

The VETS (Visa d Establissement de Travail Category Specific) is the first DRC visa extended to foreign nationals when they start the process of regularising their work situation in DRC. This visa gives the employee the opportunity to further apply for a Labour Card once the VCS is approved.

The employer must provide the employee with a Labour or Employment contract.

The employer must be a registered Company in the DRC

Valid for 7 months (Apply for within Month 1)

The VSR (Visa Sortie & Retour) is a multiple enter and exit visa valid for 7 months. The employee must apply for this visa directly after he received his VCS. Once the VSR is granted the employee can travel in and out of the DRC as he wishes for a duration of 7 months. If the employee exits the DRC with his VCS and does not have a valid VSR then the VCS expires.

The Employee must apply for a residence permit within the first 6 months from the time that he arrives in the DRC.

Valid for 24 months (Apply for within Month 1)

The Labour Card (Carte du Travail) must be applied for once the employees’ VCS and VSR are granted, the Labour Card officially allow the employee to work legally in the DRC for a period of 12 months up to the time that his VCS expires or if he was granted a VET (2 year work visa).

The VET (Visa d’Etablissement de Traveil), 2-year work visa, must be applied for if the employee will be working in the DRC for more than 24 months. The VET can only be applied for once the employee obtained his VCS, VSR, Residence Permit and Labour Card.

Various additional documentation must be provided when applying for the VET.

NB: All documents must be certified.

Processing time for work visa take about 7 to 21 Working days.

Employ Africa can you support the Payroll & Tax Compliance of all your expatriate and local Staff & Contractors in the Democratic republic of Congo.

Payroll for locals is calculated and paid in Congolese franc.

At the end of each tax year, or at the termination of the Employment (Whichever is the earliest) a statement of earnings for the current tax year must be provided to the employee to include with their tax return in their home country.

National Office of employment (ONEM), employer only contribution at 0.2% of gross earnings.

1.5% of monthly payroll. (Up to 3% for high-risk industries and employers in violation of work safety laws.)

Article 37 of the Labour Code stipulates the minimum requirements to be met by employers towards employees and stipulates that any clause according a less favourable treatment is null and void.

All employment contracts shall either be a fixed term contract or an open-ended contract. In the absence of a written contract, the contract shall be presumed open-ended until evidence of the contrary in writing.

A fixed term contract cannot exceed a period of two years, reduced to one year if the employee is married and separated from his family, or when he/she is widower/widow or is divorced and separated from any children under his custody. Except in case of seasonal work and other situations to be determined by Ministerial decree- and any violation of t requirements set out in this section leads to the immediate conversion into an open-ended contract a fixed term contract can only be renewed once.

Probation periods may be stipulated in employment contracts. If this period is evidenced in writing and does not exceed a period of 1-6 months depending on the specialization of the employee.

The probation period may not exceed 1 month for an unskilled labourer without specialization, and 6 months for the other employees. Any stipulated period longer then stipulated will be automatically be reduced to the allowed maximum.

The employer and the employee both can terminate every employment contract, but termination cannot be done freely and is subject to a strict regime. The duration of the contract and in relation to the party who is terminating the contract. 2 Exceptions are in place to the general regime in case there was a probation period, of if the contract is ended by reasons of gross misconduct.

Termination by the employer.

Open-ended contracts can only be terminated by an employer on grounds of a valid motive concerning the aptitude or the behaviour of the employee in relation to his/her work, or because of business necessities.

In the event of  a termination which was found invalid by the courts, the employee has the right to be reinstated, in absence of which he/she will be entitled to reparation not exceeding an amount equal to 36 times his latest monthly wage. When terminating an employee’s contract, the employer must consider a notice which may not be less than 14 working days, increased by 7 working days for every full year of employment.

Termination by the employee.

When an employer terminates an employment contract by the employee is not subject to the requirement of a valid motive since this rule is aimed at protecting employees against arbitral dismissal. Employers deserve certainty that their employees will not leave their job from one day to the next. Employees must take into account a notice period which is half as long as the one an employer should have observed in case he/she would have ended the contract.

Fixed term contracts stipulates end dates the term for which they were initially concluded, and any clause stipulating the possibility of giving notice is null and void. Any premature termination of fixed-term contracts gives rise to compensation.

After having obtained 1 year of service, the DRC Labour code grants employees a right to remunerated annual leave. Article 141 of the Labour code emphasizes that the length of annual leave in the DRC is being calculated in relation with the age of the employee:

This will increase with 1 day per month for every period of 5 years of service for the same employer or substitute employer.

Employer of Record for The Democratic Republic of Congo (DRC) Africa

Although an Employer of Record often works with a staffing agency, the two are separate business entities. Each has specific roles and responsibilities in their symbiotic relationship. We Handle Employer of Record and Payroll throughout Africa.